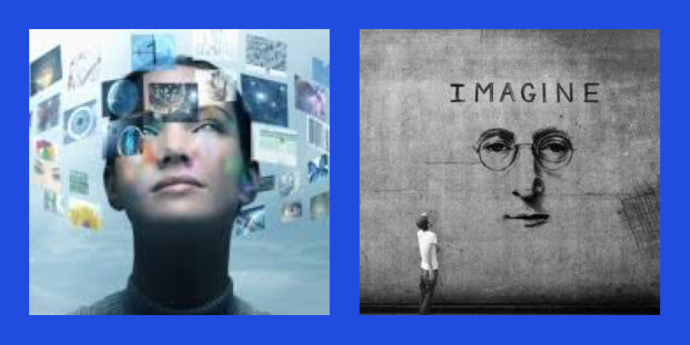 Creator, do you want to know how to Effect Change, big, big change? Want to start a Movement in the name of your most ardent Wantings and Desires? Want to Take Thought and Inspired Action well beyond its current state? Well then, the answer is in Alignment, NOT PUSHING BACK! The answer is in Meditation, Visualization, delving into your Imagination, Not In Pushing Back.

I know it’s seems counter intuitive to be seemingly passive, when the rest of the world is marching, shaking their fists, issuing battle cries, pointing fingers, and calling out those that they feel have wronged others, but Alignment and Visualization are anything but passive. Rather it is Pure, Focused Energy in Action. Every idea, every movement, every bit of change we now accept as common place began in someone’s imagination. Every single one! Here’s one of my favorite Abe quotes on the topic…

“Two or more people in Alignment are more Powerful than millions who are not!”

Say what?! Haha! Take a second and let that sink in. Let’s read it together again, “Two or more people in Alignment are more powerful than millions who are not!” Wow! Right?

Take it from someone who back in the day, marched for everything and anything you can imagine, and had a ball doing it by the way! But that was then, before I Understood that I wasn’t precipitating change, I was actually adding to the momentum of what I was against. I was Sisyphus, pushing that damn bolder up, up, up the hill, only to have it roll back down so that I could start all over again. Welcome to the Law Of Attraction in Action! Screaming No at something is energetically tantamount to Screaming YES!! And so more of what you don’t want shows up, in droves, piles of it.

Today it seems there is pushing back in the name of everything; The President, The Government, other Governments, Drugs, Health Care, you name it. Well if you’ve been watching you might notice that the older movements, The War on Drugs for example, have done nothing to eradicate their targeted offenders, rather it has increased the energy around this issue!!

“It is so wonderful, when someone gets an idea and is able to hold it purely enough that an entire movement or corporation will follow in behind it, because the movement of that Energy benefits everyone.”

Cool right? So get on a topic that you can hold within a pure, focused state and then, watch the Universe bend the knee to make it happen! Marching and Rallies are fun, but Alignment is where The Power Is Creator. And I don’t know about you, but I’m in this game to be The Most Powerful Damn Deliberate Creator on the Planet and Take Thought and Inspired Action way beyond its current status! Want to join me?…~*